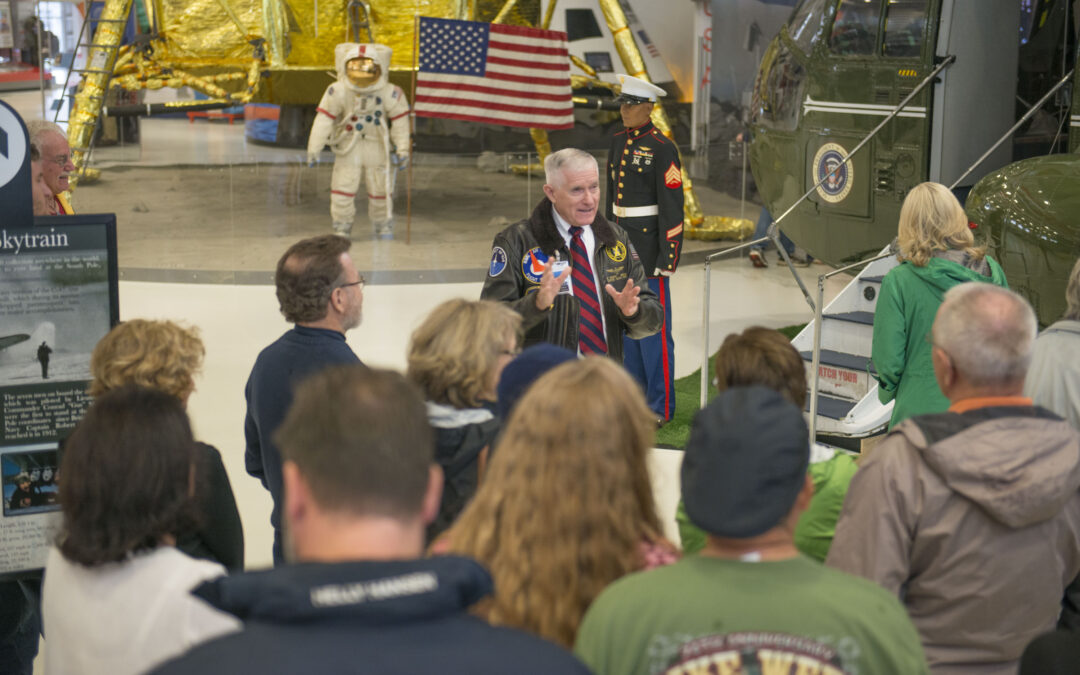 Written for the 2022 Perdido Area Guide By Dayre Lias

“The Lost Key” is one of the unique, historical places in the Florida Panhandle. From the end of the ice age, 12,000 years ago, Paleoindian hunters roamed the area and evolved into the powerful chiefdoms encountered by Spanish explorers. Ultimately, the Perdido Key area was found in 1693 by the Spanish, who named it Perdido— “The Lost Key.”

The military history of Pensacola began with a Spanish settlement and fort in 1698 and involved defending the community against constant attacks from Indians. In 1821 Spain ceded Florida to the United States. Construction of the Pensacola Navy Yard began in April 1826, and it soon became one of the best-equipped naval stations in the country. In its early years, the base dealt mainly with suppressing the slave trade and piracy in the Gulf of Mexico and the Caribbean Sea.

Between 1829 and 1859, the Army Corps of Engineers built fortifications around Pensacola Bay to protect the Navy Yard. Fort Barrancas and the Advanced Redoubt on the mainland, and Ft McRee and Ft Pickens on the barrier islands at the entrance to the bay. Fort McRee was located on the Eastern end of Perdido Key.

During the Civil War, Ft Barrancas and McRee were controlled by the Confederate Forces, while Ft Pickens was owned by the Union. Ft McRee was heavily damaged during the Civil War in 1861 and was not rebuilt. As a result, all that remains today of Fort McRee is the foundation of the coastal batteries. The other three installations continued to be used until mid-way through World War II and have been restored and preserved for present-day tours.

NAS Pensacola succeeded the Navy Yard in January 1914. Upon entry into World War I, Pensacola was the only naval air station with 38 naval aviators and 54 fixed-wing aircraft. By the signing of the armistice in November 1918, the air station had trained 1,000 naval aviators.

As WWII loomed on the horizon, NAS Pensacola expanded again, training 1,100 cadets a month. The Korean War presented problems as the military was caught amid a transition from propellers to jets, and the air station revised its courses and training techniques. Nonetheless, NAS produced 6,000 aviators from 1950 to 1953.

Today NAS Pensacola is home to the Navy Blue Angels, the Naval Education and Training Command, and USAF flight officer training. In addition, the National Naval Aviation Museum and the Pensacola Lighthouse Museum are also located aboard NAS.

The lighthouse and Museum are located onboard the active naval base. If you are planning a visit, be sure to check the museum website for current base entry requirements.

The National Naval Aviation Museum displays more than 4,000 artifacts and over 150 beautifully restored aircraft representing Navy, Marine Corps, and Coast Guard aviation. Enjoy the thrill of flight in the Flight Simulators, and catch all the drama and power of the thrilling narratives on the Giant Digital Screen Theater. 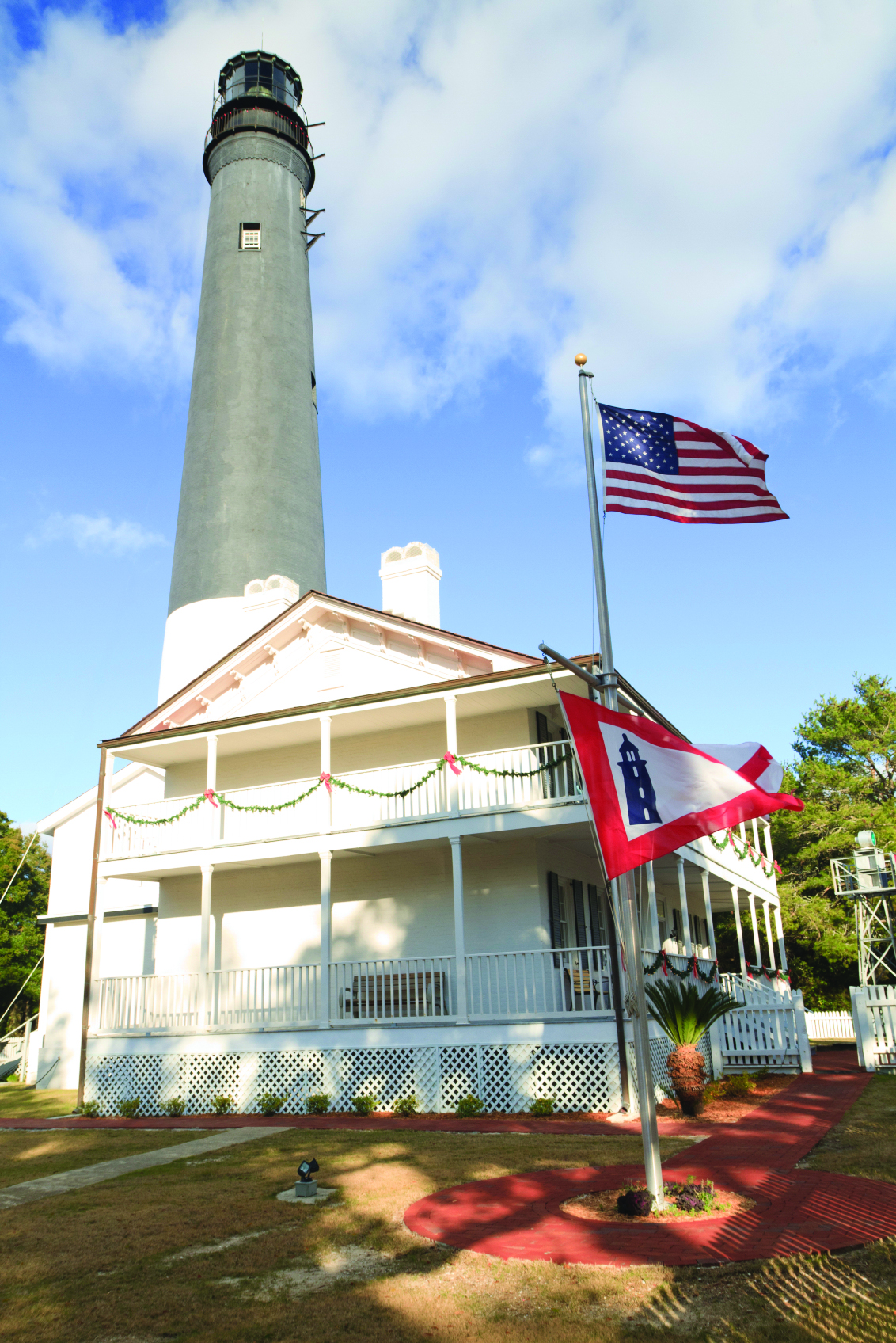 The 1869 keeper’s quarters, adjacent to the lighthouse tower, houses a museum and gift shop administered by the Pensacola Lighthouse Association.

Watch an Air Show by the US Navy Blue Angels

NAS Pensacola is home to the world-famous US Navy Blue Angels Aerial Demonstration Team. Visitors and locals can often catch the sight of the Blue Angels practicing the air show above their home base.

← How to Make an Impact on Perdido Key

How to Make an Impact on Perdido Key

Advocate for your Perdido Key community and help keep our treasured area the best place to live, work and play! Whether your passion is for the environment and cleaning the beach, advocating for local businesses, or volunteering for local causes and events, there are...
Read More

Dining with a View

Enjoying dinner with a view is a simple way of life in Perdido Key. Living on our treasured barrier island, one can see water in every direction, from the vast wonders of the Gulf of Mexico to the tranquil waters of the Intracoastal; water views are varied and...
Read More

The Perdido Key Area has an extended history of music and songwriting, shaping the culture of the community. When visiting the lost key, one must-do activity is to enjoy a lively, musical atmosphere while indulging in some local cocktails or treating yourself to some...
Read More

Here on the Gulf Coast, our locals and dedicated visitors love breakfast! You don’t need to be an early riser to enjoy the best eggs benedict or Bloody Mary’s in Perdido Key; most breakfast in the area is available as a delectable brunch as well!  Whether you can wake...
Read More

The Sun is an essential part of our everyday life in Perdido Key.  It keeps our white sandy beaches a sunbather’s dream and provides us with reflective, shimmering beauty atop our emerald, blue-green waters. We cannot help but flood our social media timelines with...
Read More

By Emily Klinga   Pensacola has a deep-rooted history of military presence positioned by our very own Naval Air Station (NAS) Pensacola. Proclaimed a Naval Air Station in 1914, NAS Pensacola is renowned as the “Cradle of Naval Aviation” supporting the initial...
Read More

Sunset Weddings Are the Best by Karen Qualls

By Karen Qualls, Beach Bride Weddings You are one of many getting married in 2021 and have been debating the wedding time. Since you are getting married on the beach in Perdido Key, Florida, you should seriously think about the sunset. Why? you ask, why not midday?...
Read More

Thinking of renting a boat or bringing your own vessel to explore the ways of the water here in Perdido Key? Then you definitely do not want to miss these boating hot spots in the area! Be sure to pack lots of sunscreen because you will want to enjoy these exclusive...
Read More

Invasive Lionfish in the Gulf

You may have heard of or seen lionfish during your visit to the Gulf coast, maybe you even were able to visit during the Annual Lionfish Removal and Awareness Festival held in nearby Destin each May. But did you know the reason behind the festival was to REMOVE these...
Read More