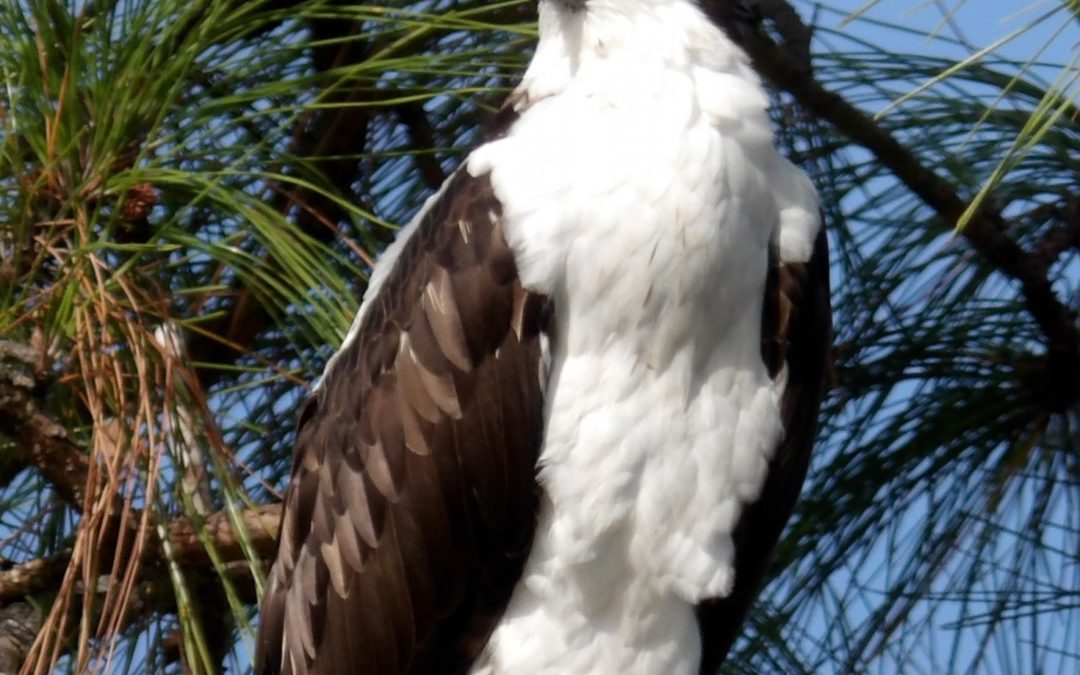 From nature trails to beach habitats, birding in the Perdido Area is a huge pastime for visitors and locals alike. The diversity of habitats ranging from pinewoods to beaches and saltwater to open woodlands make an attractive destination for native and migratory bird species. With many protected lands in the area, we are able to support ecosystems suitable for many wildlife, the Perdido Key Area is a haven for more than 200 bird species.

Osprey: Known as Florida’s fishing eagles, the osprey has a distinct M wing shape and makes their habitat near brackish estuaries where they can scan the surface for fish. Osprey mate for life –birds of a feather really do stay together!

Brown Pelican: A symbol of the Gulf Coast, the brown pelican is making a comeback. These water birds weigh 6-7 pounds and have a 7-foot wingspan. The pelicans can fly as fast as 30 miles per hour and can often be seen perched on a piling in the bay.

Blue Heron: These graceful natives can be found along the shoreline hunting for fish. The birds have long legs and a long, S-shaped neck.

Yellow-breasted chat: This lovely songbird prefers to spend its time in the dense brush, so it’s fun to finally spot it – especially since this area is not a common location. You’ll know the adult by its bright yellow chest and throat, white belly, and white around its eyes. Listen for the cheeps and whistles as a clue to its whereabouts during May and again July through September.

Gray kingbird: These conspicuous birds will be hard not to notice if you’re visiting Perdido Key between April and October. Large-billed and vocal, gray kingbirds can be found along Florida’s coastline, waiting for large insects to fly by. They also eat other small vertebrates, including lizards, and occasionally fruit. Look for these birds in mangroves and open coastal woodlands.

Roseate spoonbill: One of Florida’s most distinguished wading birds, the roseate spoonbill is often confused with the flamingo because of its spectacular pink plumage. The main difference between this bird and the flamingo is its bill – flat and spatula-like. The bird uses this unique bill to feed on fish, crustaceans, and aquatic insects. Look for the spoonbill during May in coastal wetlands like those in Big Lagoon State Park.